NIGHT ATTACK “The Initiation” out now 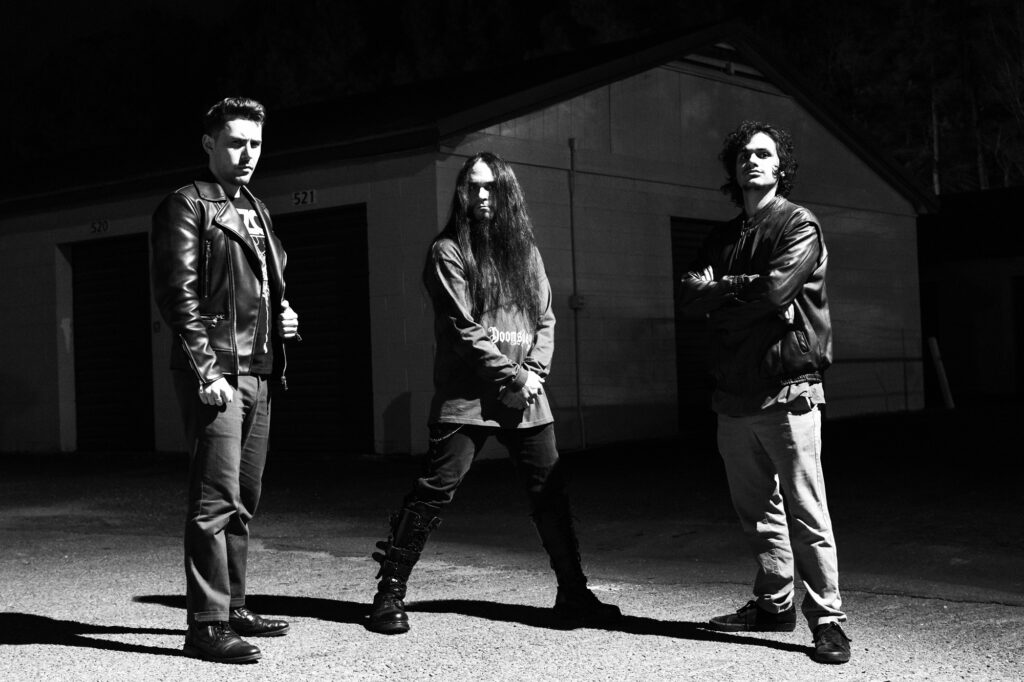 The debut EP by American Blackened Death/Thrash Metal band.
“The Initiation” captures the best of the shredding days of US and German Thrash Metal, with band’s own darker style and grotesque visions. Each song comes fist-in-face, from intense speeds to headbanging groove tempos and shredding solos that will make you want to rage in the mosh pit.
Vocals range from Harsh and Grim Black Metal with added Gore Sickening Lows, but in Thrash style vocal patterns. The music is also packed with movie theatrics and horrifying screams, acted and performed by the band members themselves.
The amazing detailed drumming, packed with a clear production, allows listeners to easily distinguish every guitar/drum riffage, yet with a production, which holds a dark Metallic rawness, perfectly fitting to their style.
The drumming goes beyond the traditional concepts and explores the genres of all Metal, appealing to fans of Death, Grind, War, Hardcore or even Punk.
Guitars are fast and technical, but just enough to allow the listener to interpret the craft of this music. The guitar riffing and solos are played with experience, taken us back to the days of Metallica, Slayer, Dark Angel, Kreator.
Some lyrics written in the traditional Thrash style, while some are written in a more poetic Gothic way that takes the listener through a world of vampire legends, vampirism, romance, resurrections, and afterlife.
For fans of 80s Thrash and Speed Metal, and early 90s Death and Blackened Thrash Metal.